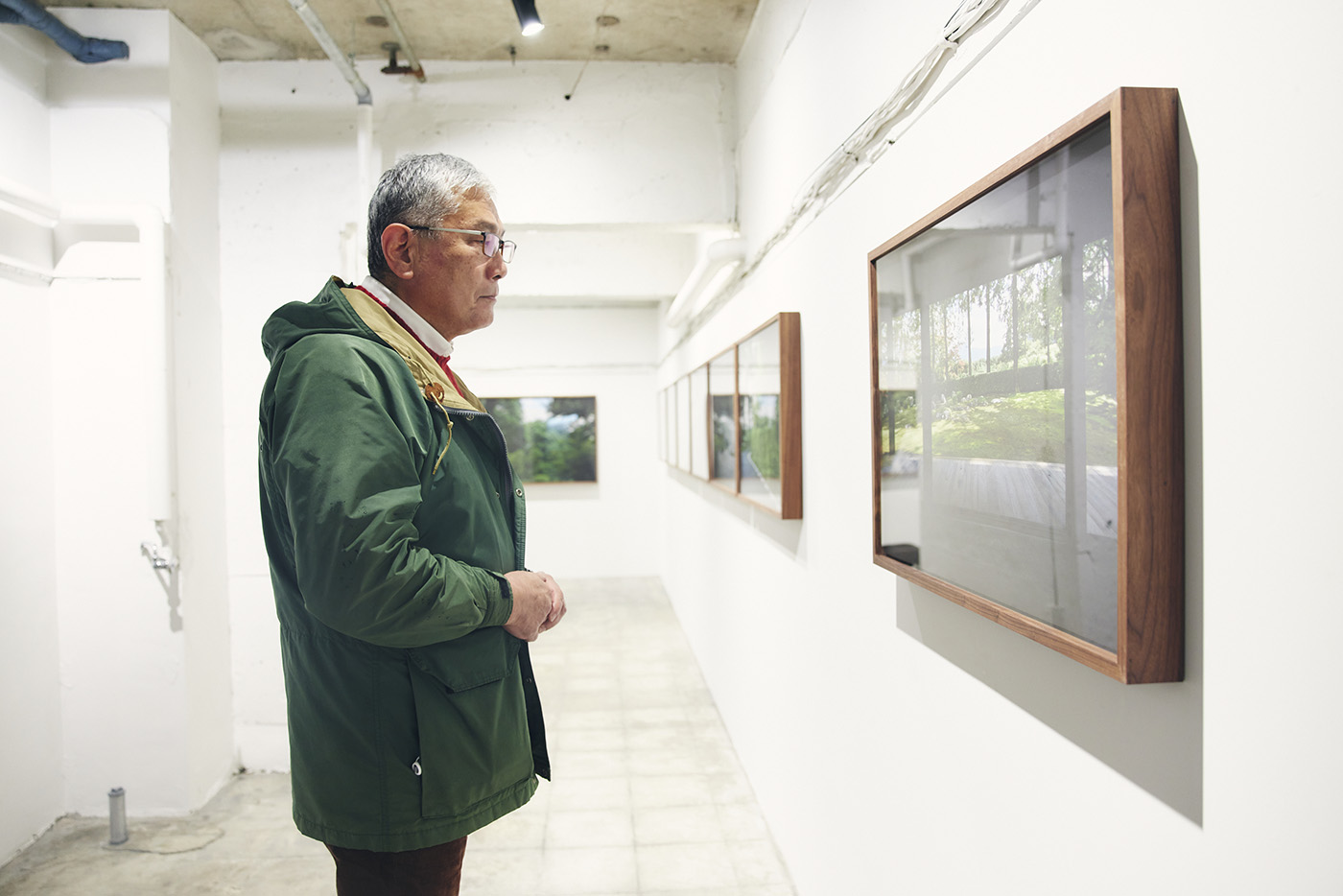 When we think of renowned Japanese gardens, such as that of the Ryoan-ji Temple, we can create the image of the scenery in our minds. The reason for this is that other than remembering it from the actual experience of seeing the scenery, we mostly remember them from images we have obtained from photos.

To begin with, the history of visual images has shifted dramatically with the advent of photography in 1839. Before the time, visual images were reproduced by human hands (such as paintings). However, since the birth of photography followed by the digital society of the 21st century, we have moved into an era where people share the images they have found.

With the rapid development of the internet society, the volume of such visual images has become so large that it is no longer clear whether we are recalling actual images from reality or images obtained through photographs. The function of photography with its merits and demerits, in this case implanting the images of scenery, has in no small way influenced the way we appreciate gardens. In a way, Kumon's approach to photo-taking can be considered an act of reflection on this influence of photos.

In fact, in this exhibition, Kumon interpreted the concept of garden viewing in his own way, based on Yamaguchi's doubts about the conventional garden viewing. He visited famous historical sites commonly known as tourist spots, not just gardens, to take pictures of the scenery from his original perspective. This perspective mostly means that he took the photos with a 35-millimeter film, holding the camera by his hands. Kumon also shows his interpretation of Shakkei he acquired from his interaction with Yamaguchi. Shakkei is a method used in landscaping where the garden borrows the surrounding environment as a background to complete the scenery and is a signature style of Japanese gardens. 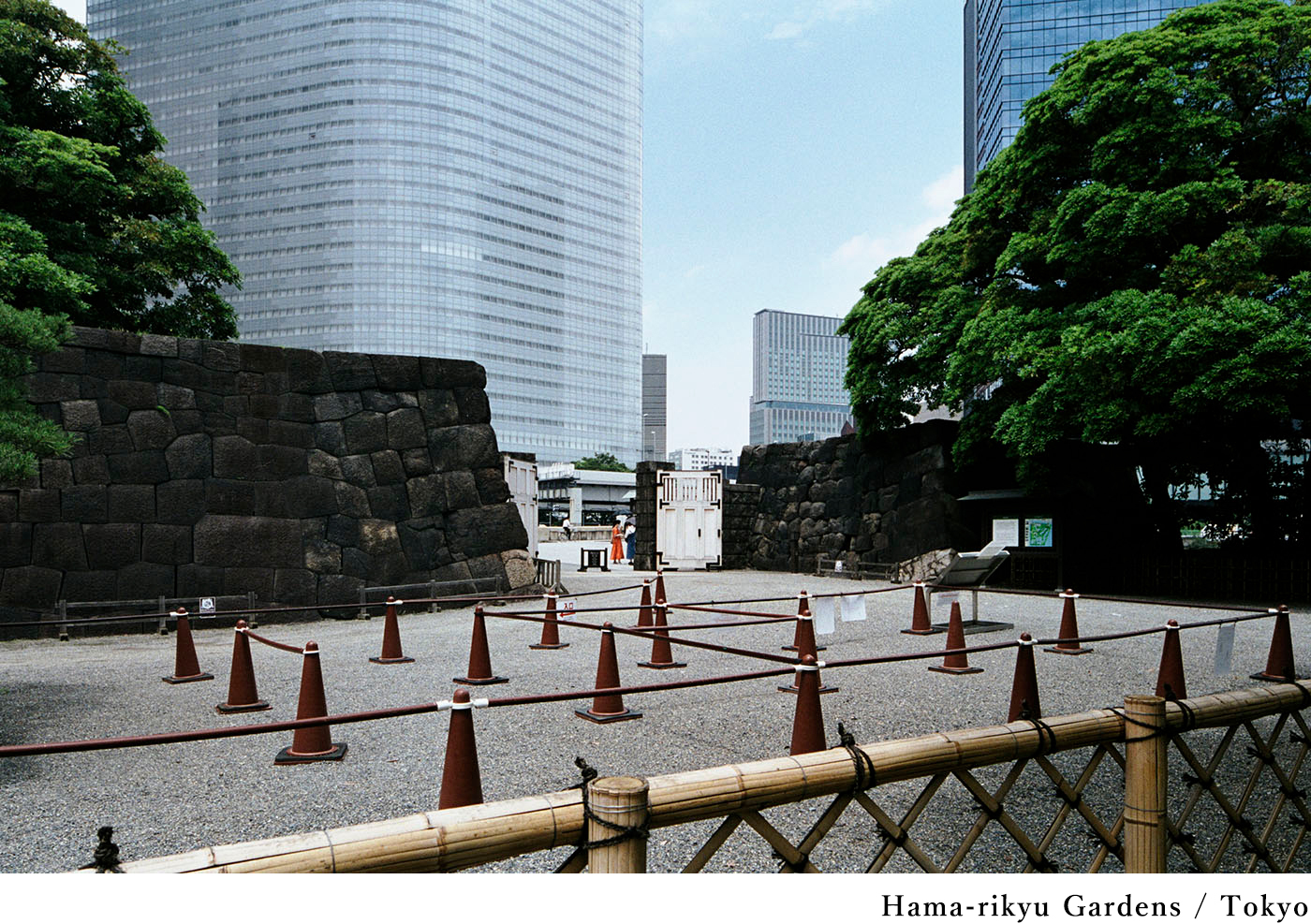 Sukiya or Sukiya-zukuri, which is closely related to Japanese gardens, used to be an interior style for tea ceremony rooms, but nowadays, it is a construction method used for residential buildings in general, making full use of luxurious materials. Sukiya originated in the Azuchi-Momoyama period (16th to 17th century), and while the Shoin style was becoming mainstream at that time, tea masters avoided such formal designs and luxurious decorations and called their tea tatami rooms, Sukiya. The size of the Sukiya was less than four and a half tatami mats. They were light and witty and employed the crude materials and techniques used in the homes of the common people without any scruples.

The way of making a Sukiya can be related to bricolage, a keyword used by the French anthropologist Claude Lévi-Strauss in his book "The Savage Mind" (1962) to reveal the nature of thinking in a wild, uncivilized society. This is because bricolage also uses materials and tools that are within reach of one's surroundings, just like making a Sukiya. On the other hand, as for gardens, the stones placed in the garden are not processed in any way, and their positions are not predetermined on the drawing. The way the materials are gathered also contains many elements of this bricolage.

As we see these elements of bricolage in Sukiya and gardens, we can find the possibility of rich thinking that does not separate reason and sense, rather than the systematic methodology supported by rationality and functionality after the modern era. The new method can be found in Kumon's approach to photography, in which he explores discoveries not by making assumptions in advance, but through dialogue with Yamaguchi and walking around. 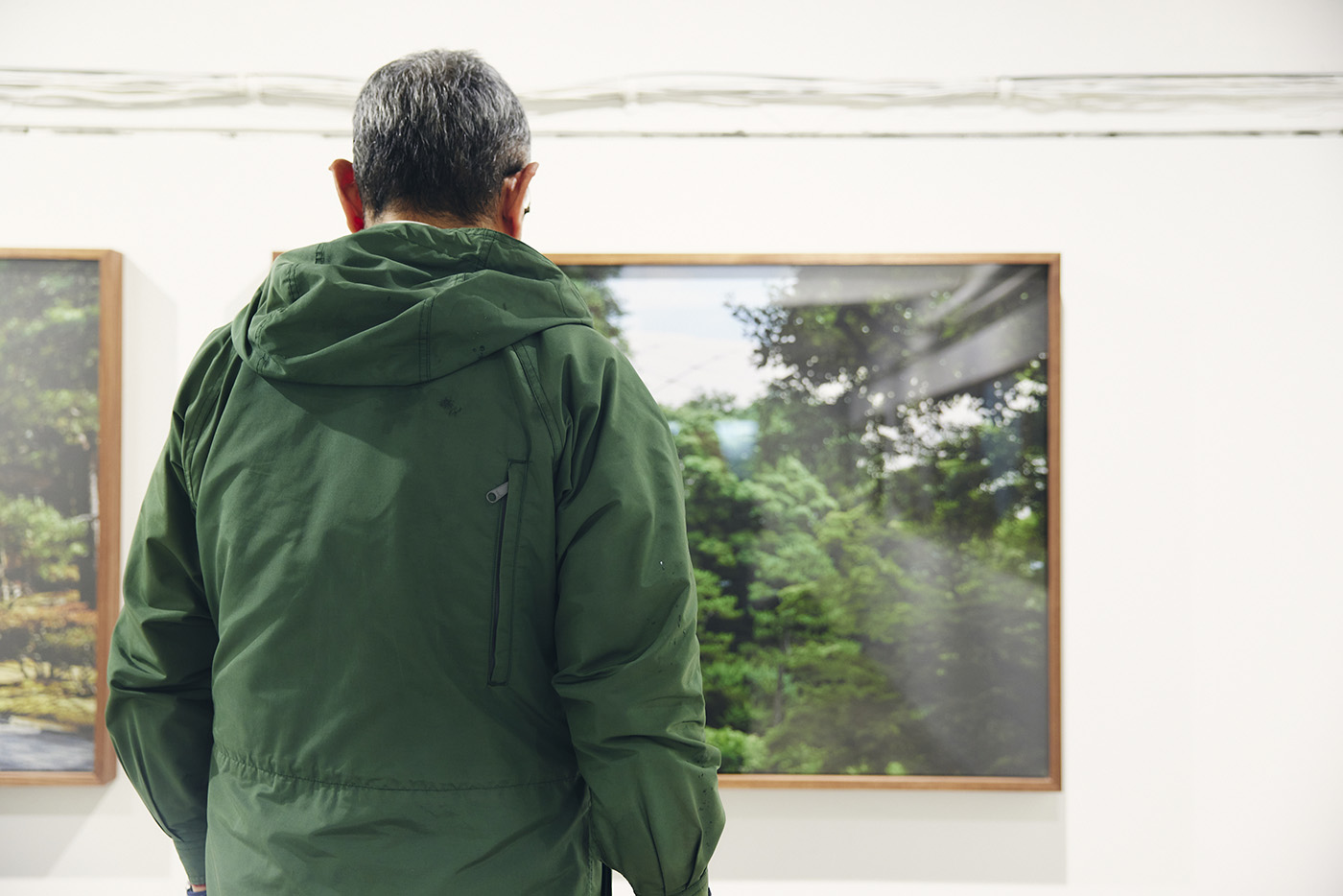 The exhibition’s title, "Neighbouring Textures," describing the unexpected expression created by different neighboring textures, as seen in the scenery, is also an important topic. Symbolized by the chance encounter between a sewing machine and an umbrella on a dissecting table in Lautreamont's "The Songs of Maldoror" (1869), a common technique used by surrealists called "Dépaysement" was used to create a sense of discomfort in the picture by separating a motif from its original environment and context and placing it in another place.

These deliberate "Neighbouring Textures" seem rather effective in modern urban life, where unnatural combinations of things in daily life have become commonplace. Still, Shakkei in Japanese gardens which discovers the effect born from combining landscapes had been stylized long before that.

Here, the subject is not moved in any way, but the viewer's point of view is simply moved to find an exquisite combination of landscapes, or Shakkei. The various landscapes or borrowed scenery shown here are not only the new Shakkei that the photographer Kumon has discovered from his moving viewpoint with Yamaguchi's "Neighbouring Textures" in mind, but also suggest landscapes that can be created at will by the viewer's consciousness.

Interview and text by Mai Tsumuraya